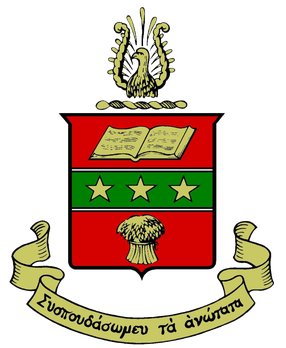 In the fall of 1885, Professor James Hamilton Howe, the first Dean of the Music School, invited seven young women from the school to a meeting with the purpose of forming a fraternity. Those young women were Anna Allen Smith, Olive Burnett Clark, Bertha Deniston Cunningham, Amy DuBois Rieth, Nellie Gamble Childe, Bessie Grooms Keenan, and Estelle Leonard. Howe collaborated with James G. Campbell, a Beta Theta Pi, to form a national fraternity. Campbell laid out the first constitution and by-laws. This first constitution read: "The object of this fraternity is as follows: To attain the highest musical culture and to cultivate those principles that embody true womanhood." On February 26, 1886, the fraternity was given its formal introduction by a soiree musical.

The Beta Nu Chapter was founded at the University of Utah March 23, 1934.

ALPHA CHI AT THE U 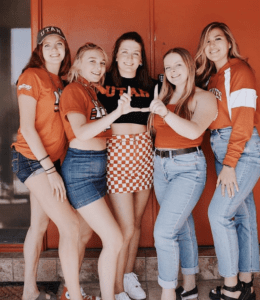 Together Let Us Seek New Heights. 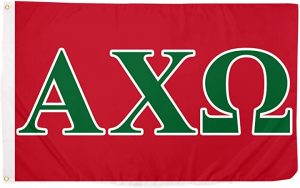